Debbie was wild born in Asia in 1971, captured at a young age, and sent to the United States to work in a circus.

For more than 20 years, Debbie was one of several elephants who performed with the Clyde-Beatty Cole Brothers Circus, a large tent circus that traveled across the US. One day, when the elephants were being walked through a crowded parking lot to the tent for their performance, Debbie dropped out of line and chased Frieda (another elephant that would eventually find a home at The Sanctuary) through the parking lot and into the window of a Sears building. Both elephants sustained minor cuts. Shortly after this incident, Debbie was sold to the Hawthorn Corporation, a company that trained and leased elephants to circuses.

In 2006, as a result of USDA prosecutions against the Hawthorn Corporation for violations of the Animal Welfare Act involving inadequate care and mistreatment of its elephants, Debbie and ten other members of the Hawthorn’s elephant herd were sent to The Sanctuary. 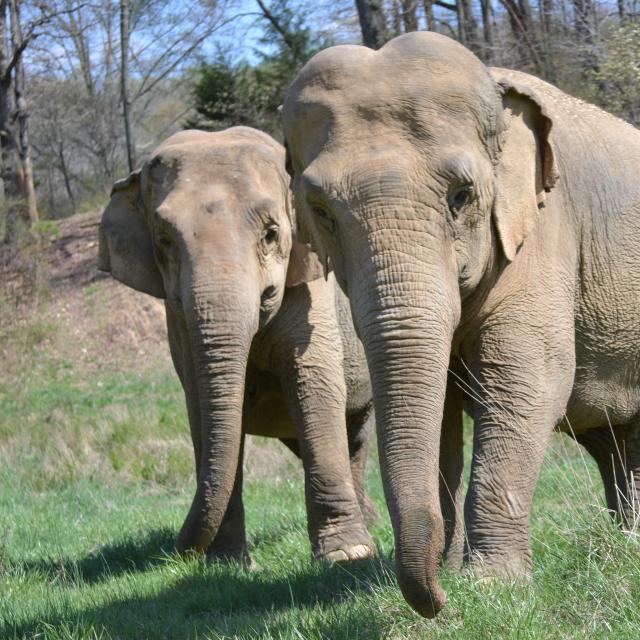 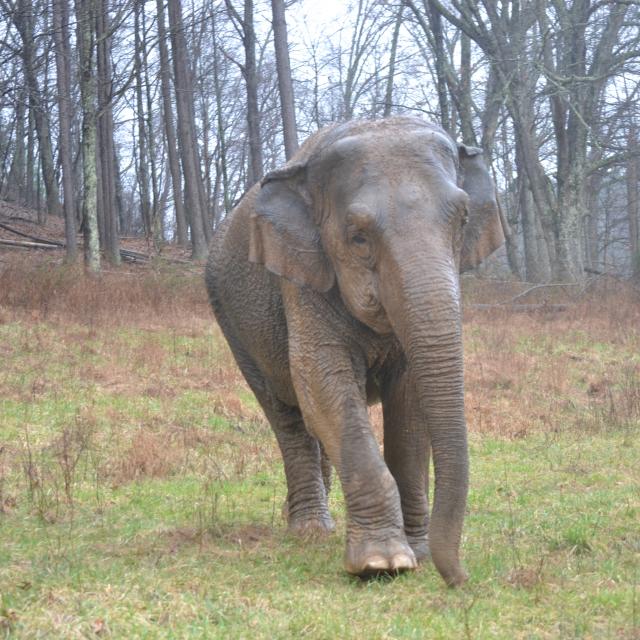 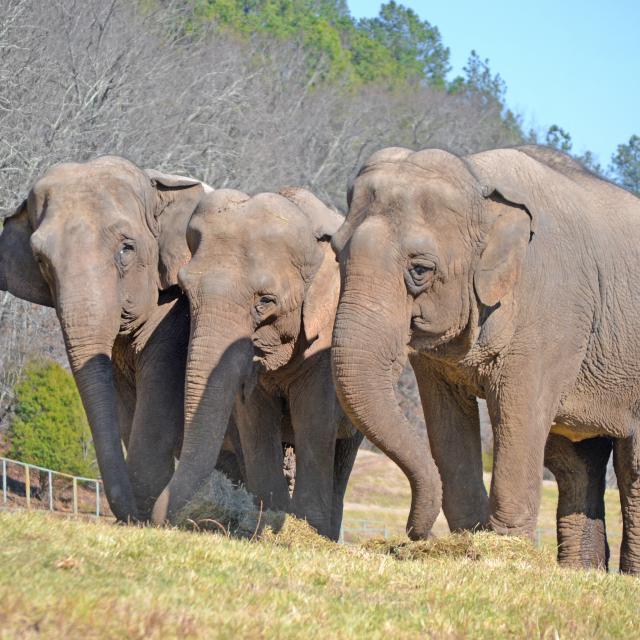 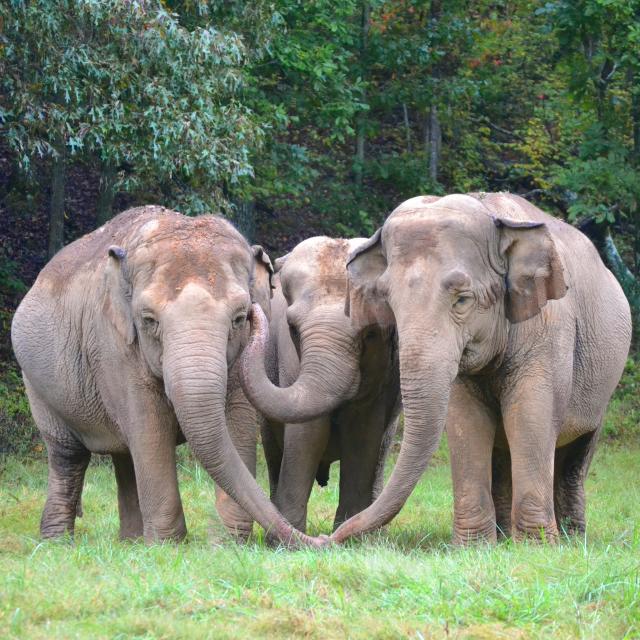 On February 7, 2006, at the age of 35, Debbie became the 19th resident of The Elephant Sanctuary, traveling with her companion Ronnie. Care Staff noted that Debbie appeared to be the most tentative of the former Hawthorn elephants, taking more than an hour to disembark from the transport trailer. Soon her tentativeness subsided, and she began exploring her new home with the herd.

During the warmer seasons, Q Habitat Caregivers report seeing signs of Debbie and Ronnie’s nighttime visits to the “South Pond” atop a ridge a half-mile away from the barn. Debbie and Ronnie also often make a trip to the pond during the day and frequently enjoy mud wallows closer to the barn. The diversity and space of their habitat allows them to choose from several options when they are in the mood for a swim.

Debbie is recognizable primarily by her height, but also her uniquely shaped ears, which Caregivers describe as resembling “bat wings.” Staff have noticed that Debbie’s ears rarely flap in unison, but rather back and forth, one at a time. Debbie’s back is also much more rounded than that of Minnie and Ronnie.

ADOPT DEBBIE AND CONTRIBUTE TO HER CARE