Misty was captured in India in 1964, when she was approximately one year old. Although little is known about her first decade in captivity, we do know that she traveled with several circuses. In the early 1970s, Misty was purchased by the founder of “Gentle Jungle” who ran a company that trained and leased animals for use in television, movies, and amusement parks. Misty appeared in an episode of “Sanford & Son” in the late 1970’s.

In 1983, Misty was performing at the now closed Lion Country Safari in Irvine, California, when she broke loose from her chains and tried to flee from the park. Local newspapers reported hours of chaos with the shutdown of highway access and helicopters used in an attempt to capture the fleeing elephant. Tragically, a park official was fatally injured attempting to capture her. Misty was eventually subdued and returned to exhibition. In 1988, the Hawthorn Corporation purchased Misty. She spent the next 16 years being leased out to circuses as part of the Hawthorn herd. When not performing or traveling, the elephants were chained in place inside a barn for up to 22 hours a day.

As a result of USDA prosecutions against Hawthorn Corporation for violations of the Animal Welfare Act, Misty and barn companion, Lota, were both sent to The Elephant Sanctuary in Tennessee. Misty arrived with Lota on November 17, 2004 to become the 14th resident. Lota died two months later as a result of an advanced case of tuberculosis. Misty was treated for exposure to the disease and after a year of treatment was moved from quarantine and placed with the herd in the Asia habitat. Having chronic foot issues and arthritis, Misty received treatment for pain associated with these foot issues, likely the result of years of traveling and performing. 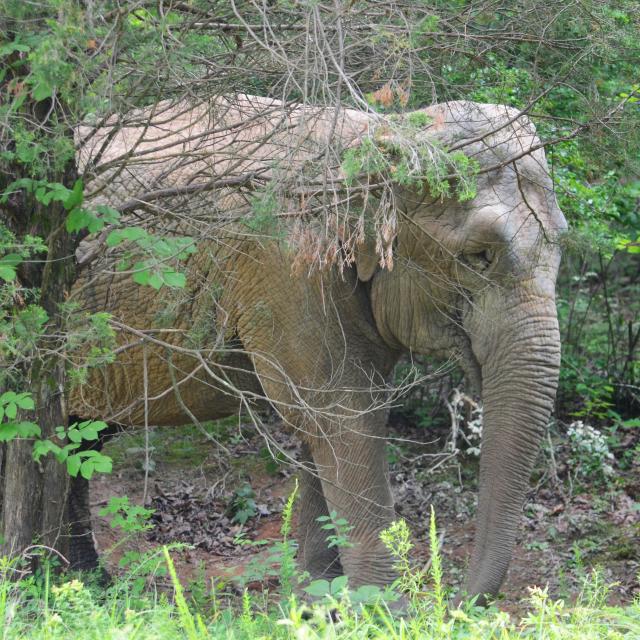 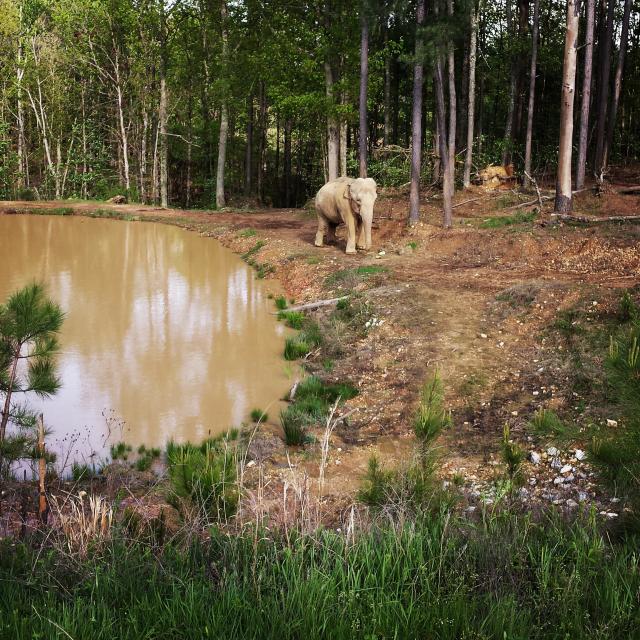 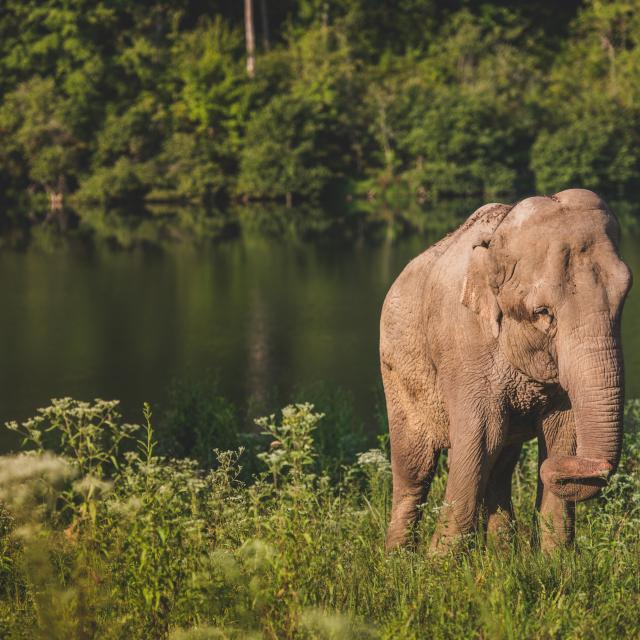 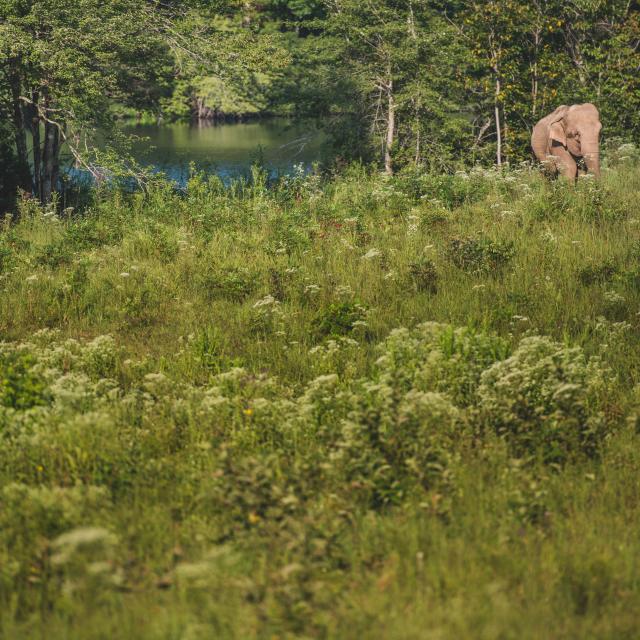 Misty formed close relationships with several elephants at The Sanctuary. In the Asia habitat, Misty was reunited with Delhi, the first elephant to be confiscated by USDA from the Hawthorn Corporation, and they formed a bond with Dulary in 2007 when the Philadelphia Zoo retired Dulary to The Sanctuary. One of their favorite activities was splashing and swimming together in the pond close to the barn. With the passing of Delhi in 2008, and Dulary in 2013, Misty began to spend more time with Shirley and Tarra.

With Shirley and Tarra as new companions, Misty has ventured further away from the barns and discovered more of the 2,000-acre Asia habitat. In the summer of 2014, staff noted Misty was found in areas of the habitat never explored before. Staff celebrated on June 11, 2014 when they found Misty had walked over a mile to the 25-acre lake and gone for her first swim there. Misty was seen splashing, dunking, and even taking a nap on the muddy bank afterward. Misty's explorations continued the following spring when she returned to the lake area, frequenting areas now known as "Misty's Hideout," and "Misty's Mud-Wallow."

Misty arrived at The Sanctuary suffering from chronic foot disease, arthritis, and exposure to tuberculosis—all conditions that are sadly common to elephants who have spent most of their lives in captivity. In the early months of 2016, Misty slowly showed signs of increased discomfort and a decrease in appetite. Misty was humanely euthanized April 13, 2016. She passed away peacefully, surrounded by those who cared for her. Tarra and Shirley were nearby.