Sukari was born wild in Zimbabwe in 1984 and imported to the United States in 1985. Upon arrival in the US, Sukari was transferred to Reston Animal Park in Vienna, Virginia where she spent almost 15 years as the sole elephant, giving rides and painting for the public. Sukari was transferred to the Nashville Zoo at Grassmere on September 15, 1999 where she lived for 15 years with several other elephants, including Rosie and Hadari. On November 4, 2015, Sukari retired to The Elephant Sanctuary, becoming the 26th resident.

Sukari, sometimes called “Suki,” is a large elephant with big, round eyes. Her most distinguishing feature is her very long trunk, which she uses to roll hay into a ball before eating.

Sukari is often seen wallowing in the mud and enjoys all types of browse, especially large logs from which she can tusk off the bark. She is not picky about food items, except for beets, which she does not like. True to her name, which means “sweet as sugar” in Swahili, Sukari’s favorite foods are apple-flavored horse treats and bananas. Caregivers have noticed she often holds her left ear out when she eats. 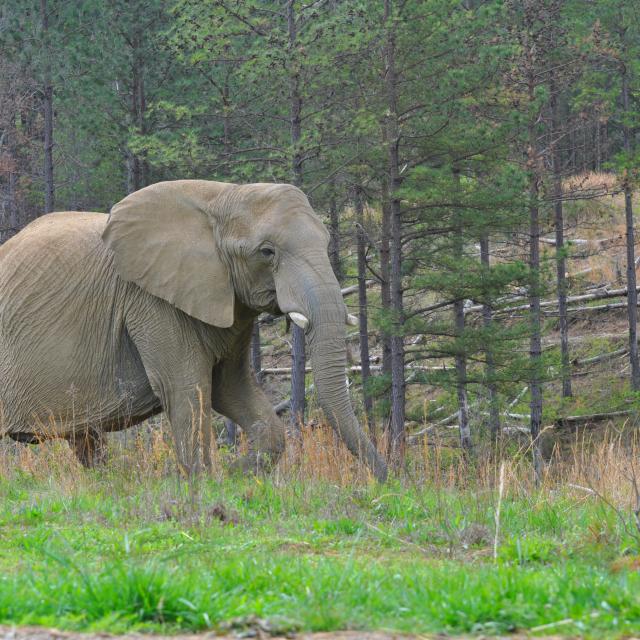 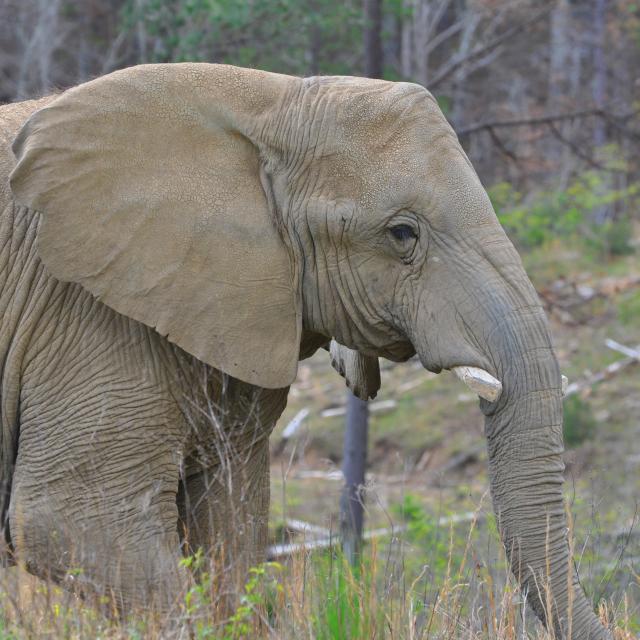 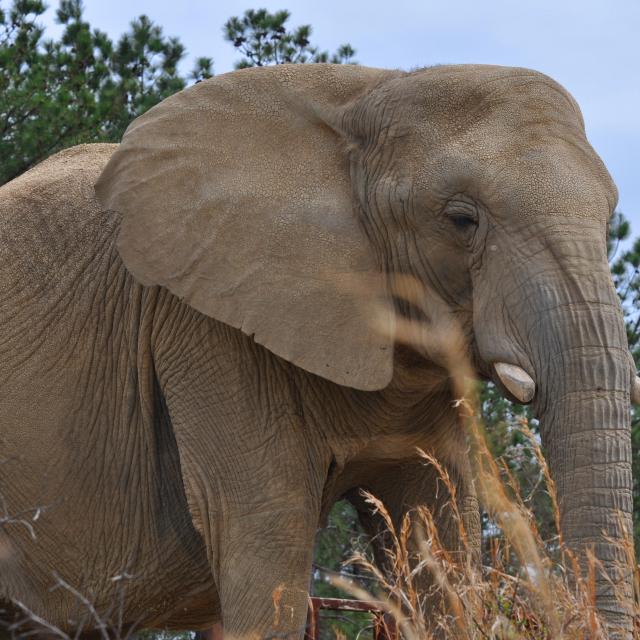 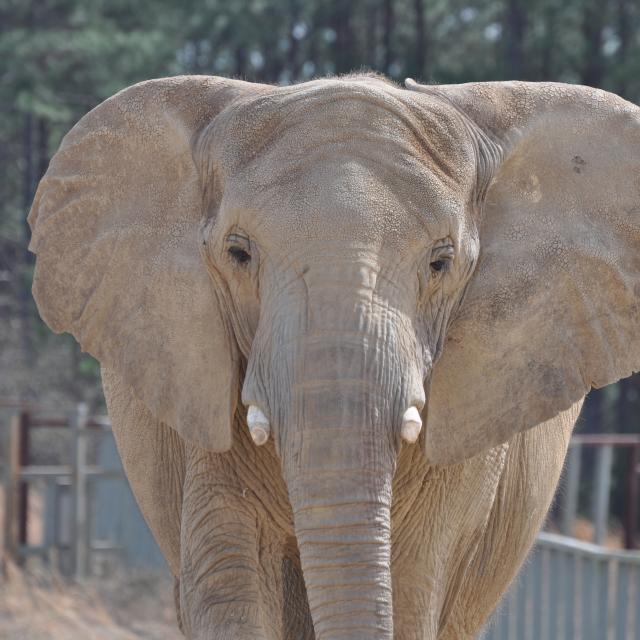 Sukari spent most of her life being handled under Free Contact in shared spaces with her handlers. Since arriving at The Sancutary, she has transitioned to Protected Contact. Always cooperative in her training sessions, Sukari is a fast learner; she knows more than 50 cues and is easily engaged by Care Staff in learning new ones.

At The Sanctuary, Tange and Sukari have become inseparable, reuniting often with Flora in the shade of their habitat’s wooded valleys. In the wild, elephants live in a matriarchal society, among a herd of related females. Though The Sanctuary’s herds are made up of unrelated individuals, it is not uncommon to see an elephant take a matriarchal role with others in her social group. In the Africa Habitat, we are beginning to see Tange take on this role with Sukari, as the two explore the habitat together, venturing regularly to the Pipeline, the Plateau, and the upper East Habitat.

Care Staff enjoy watching the relationships in the African herd grow and develop.

ADOPT SUKARI AND CONTRIBUTE TO HER CARE